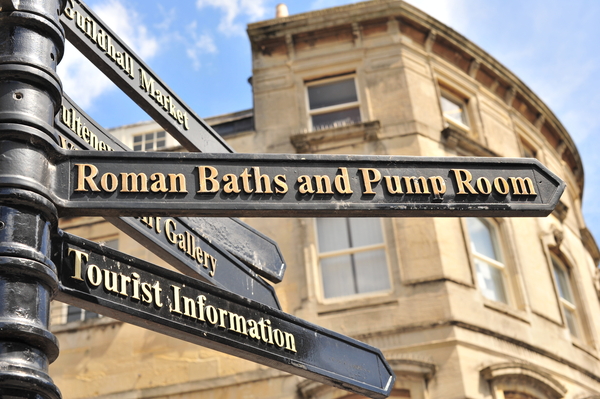 We mentioned last week we'd focus a bit more on possible tax raising measures that Chancellor Rishi Sunak may use and his request to the Office for Tax Simplification (OTS) to review capital gains tax (CGT) which sounds like the main one in the spotlight, ahead of the Autumn Budget. The date of the Budget has not been announced yet and indeed there were rumours last month in the Financial Times that in the event of a second wave of Covid-19 a full Budget may be delayed until Spring 2021 although a mini spending review would probably still take place in the Autumn.

An analysis of the numbers gives us some indication why CGT is a possible target. While chargeable gains subject to CGT (after losses but before the annual exemption) were £57.9 billion in 2017/18, the actual CGT tax liabilities were £8.8 billion - implying an average tax rate of just 15%. In the UK, CGT is levied on profits made on the disposal of investment assets, from shares and bonds to paintings and antiques, and property, other than your main home. For example, in simple terms, you buy a holiday home for £200,000 and sell it for £300,000, tax is due on the £100,000 gain. There is no relief for how long you have held an asset which is the main argument for the lower rates. It seems unfair if you have held a holiday home for 20 years to have a base cost that hasn't been indexed.

Given that those who pay CGT are twice as likely to pay higher-rate income tax as taxpayers generally, the Treasury might have its sights set on aligning rates of CGT and income tax. CGT is currently levied at 10% for basic-rate taxpayers and 20% for higher and additional-rate taxpayer (or 18% and 28% whereby gains relate to a second home or buy-to-let property).

If Sunak sought to bring CGT into line with income tax it would double for basic and higher-rate taxpayers to 20% and 40% respectively and jump to 45% for additional-rate taxpayers. Such a shift could both simplify the system and raise tax revenue, especially if the current annual exemption of £12,300 is also reduced or abolished.

The Government has asked the OTS to examine reliefs, so the principal private residence relief (whereby no tax is due when selling your main home) could be on the chopping block. This exemption was worth an estimated £26.7 billion in 2018-19, according to the National Audit Office.

A big tax take but the fall out that would occur from this seems one we doubt the Government will want to suffer. Indeed, changes to this would particularly penalise those who have lived in their property a long time, dissuading older generations from downsizing and unlocking housing stock that could be used more efficiently by younger families. It would also fly in the face of a stamp duty holiday designed to kick-start the housing market - anyone buying property worth up to £500,000 in England and Northern Ireland between 8 July 2020 and 31 March 2021 will have no stamp duty to pay.

When someone dies assets are effectively revalued at the date of death and the family members who inherit the assets have a new base price of the probate valuation. In our example above the holiday home now has a base cost of £300,000 not £200,000. The quid pro quo in this respect is that they are subject to inheritance tax (IHT) instead but then there is the potential for a combined £1 million of Nil Rate Bands.

The CGT review incorporates how gains are taxed for both individuals and smaller businesses. Business asset disposal relief, known until recently as entrepreneurs' relief, reduces CGT on sales of all or part of a business to 10%. This is subject to a lifetime limit that was reduced from £10 million to £1 million on 11 March 2020. Further reductions could apply.

An annual tax on the value of an individual's assets has long been mooted as a revenue raising possibility, targeted at the more affluent. We heard it after the financial crisis ten years ago and it's back on the agenda. In the past, it was often referred to as a 'mansion tax', but issues around taxing illiquid assets for those who are often asset rich but cash poor don't seem viable, unless of course it becomes a debt repayable on moving or death. A recent YouGov poll indicated that 61% of the British population would support a wealth tax on assets over £750,000, but crucially excluding people's main home and pension fund.

The prospect of higher headline rates of CGT and/or a reduction in the annual allowance could create a rush of people looking to realise gains on assets now to avoid a future tax grab. Everyone can realise gains up to the allowance of £12,300 in 2020/21 without incurring tax. Assets can be transferred between spouses/civil partners to use both annual exemptions giving a combined £24,600 at no tax. In addition utilising the basic rate tax bands meaning 10% tax (20% for property) is beneficial.

If you hold investments outside ISA or pension wrappers, consider what steps you can take to shelter them from the taxman in future. Bed and ISA or Bed and Pension transfers moving directly held investments into such sheltered plans is highly effective.

With higher taxes on the horizon, now is a good time to plan your finances as a family. A family of two adults and two children, for example, has a tax-free ISA allowance of £58,000 (£20,000 for adults and £9,000 for children), so consider using everyone's annual ISA allowance as fully as you can. Indeed one idea is that you can contribute to a family members pension as third party contribution. For grandchildren this could be to a pension fund up to an amount of £3,600 gross. The added advantage is that income tax relief is granted so it only costs you £2,880 for £3,600 invested. A combination of tax savings.

Looming tax rises could also hasten conversations about money and the passing down of wealth to younger generations. Financial gifts of any amount are exempt from IHT provided you live for at least seven years thereafter.

The interaction of the three main taxes on income, capital and inheritance, and thus maximising the reliefs and exemptions, is key. This will always come at a compromise but achieving the most efficient outcome for you and your family's objectives is a key element to our planning advice.

It could all be hype!

We still take the view that Rishi's purported blunder last week of his leaked page was not a blunder at all but carefully planned to signal no significant change. Tax rises at a time when the economy is fragile combined with Covid-19 uncertainty and delicate Brexit talks doesn't seem to make sense at this time. However, he may be storing up ideas for the future.

It is always important to us that you share with us any ideas you have on planning and what you would like to achieve.