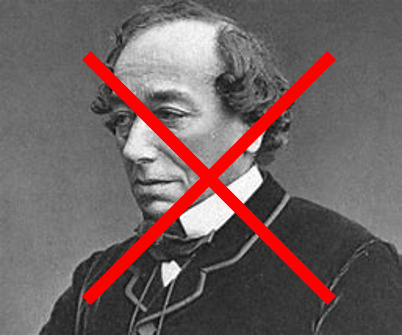 This famous quote incorrectly attributed to Benjamin Disraeli is used to explain how figures can be manipulated.

It was highlighted in the UK GDP figures with the media quick to point out the -9.9% fall over 2020 was far worse than any other major industrialised nation. They failed to mention that, in the UK we take into account the public sector's contribution to GDP so in education for example the number of lessons which were delivered, which obviously fell last year and therefore negatively impacts the figures. The rest of the world instead simply measures wages paid which in the public sector continued. This answers a large proportion of our underperformance.

With the vaccine news our stock market had a strong last 2 months of 2020 but has since fallen back when compared to international stock markets which seems so strange when you think of our vaccination success, which should mean a quicker recovery for the UK. Stock markets look forward so our poor GDP number for 2020 would have little impact. Our main Companies are multinational so the slower vaccine roll out elsewhere may well impact on them. However, the strength of sterling (£) indicates international investors still believe we have an advantage so conflicting evidence.

Our own feeling is the mixed messages we get from government are of no help. Look at holidays - which minister do you listen to "book a holiday" from one "don't book anything" from another. The scientists give conflicting evidence and to be fair each follow their own beliefs and evidence but it seems the Government don't consider the scientific logic that it may be impossible to completely eradicate the COVID-19 virus - even once the majority of the population has been vaccinated. Epidemiologists like microbiologist professor Paul Hunter (University of East Anglia and World Health Organisation adviser) have gone on record with the BBC stating we will have to learn to live with the virus. Regular vaccinations are expected to be the norm like the flu jab. It is understandable that Boris wants this to be the last lock down but we hope his road map announcement on Monday has some positive umph to it.

The US stock market is treading water. The good news is that the Federal Reserve (Fed) Chairman Jerome Powell last week stated that they will continue to be accommodative until employment is back to normality.

What the stock market is now waiting for is the stimulus package to be agreed, expected mid March. Janet Yellen (Treasury Secretary in the new Biden government|) weighed in last night saying the $1.9 trillion stimulus proposal is needed to get back to full employment in a year. This follows poor employment data recently released. Inflation is the worry and debate is raging with markets positioning for the possibility of higher than expected inflation. So far, the Federal Reserve has pushed back as we mention. The reason it is so important is that a meaningful pickup in inflation and interest rate expectations could disturb not only financial market stability but also hike borrowing costs for companies still in the midst of the pandemic's economic impact. Powell is due to address Congress next Tuesday and we expect his comments will seek to calm markets and for the Fed's policy to continue to be accommodative even in the face of short term inflation. Inflation becomes a real problem once you have full employment and wages start to rise, which seems a bit of a dream currently.

The Budget is on Wednesday 3rd March, with many rumours about tax raising measures versus little being done so as not to rock the recovery. We tend to favour the latter but there may well be changes flagged and like everyone else we don't know. So we wait for the Budget and please look out for our update shortly afterwards.