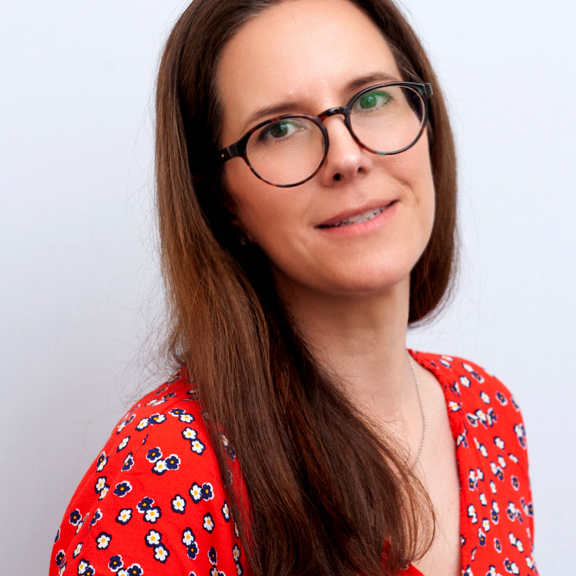 The Power of Three

As we came to the end of what seemed a quiet summer the heat came back with a bang and, likewise, a lot of big news.

The highlight is Kat (pictured), our Technical Manager, having passed the Advanced Diploma Investment exam and now holds Chartered status, a significant achievement in our profession. Kat's hard work, depth of research and support she gives us is second to none, and we're very proud of Kat and her achievement.

We now have Ryan starting in our Support team and Jamie starting next week as a Trainee Technical Support and Adviser. We look forward to their learning and development within our Team with our culture, values and knowledge.

Finally our third development is that we are expanding our office space and facilities by taking on the ground floor at our current location in Gay Street from early October. We look forward to welcoming you to our Bath Office, not only for meetings, but to always feel free to drop in for a coffee and a catch up.

As we heard this week there have been two broken Conservative Party manifesto pledges. Firstly the removal of the Triple Lock State Pension increase link to wage increases for this year, and secondly an increase in National Insurance contributions and dividend tax. But let's not forget there was also a third pledge broken with the reduction in the Foreign Aid budget previously announced. At such unprecedented times it can maybe be forgiven to break such pledges and certainly if the triple lock meant an increase to State Pension of 8%, because of the artificial situation with furlough and the resulting earnings link, it maybe makes sense to be removed for a year.

Let's focus on the tax rises. You will have all read about the National Insurance increases of 1.25 percentage points for both Employers and Employees, so it is actually 2.5 percentage points in total. From the financial planning side there is also the increase in the tax on dividends by 1.25 percentage points. Dividends are paid by Companies as an income on the shares you hold. These can be within funds, such as we recommend, or directly held shares. A few aspects to consider:

1. Stocks and Shares ISAs do not pay any Capital Gains or Income (Dividend) tax, so it is beneficial to maximise ISA holdings for your Investments.
2. Following on from the above it makes Cash ISAs, compared to Stocks and Shares ISAs, much less attractive and certainly you should consider any investments to be via stocks and shares ISAs and any cash held directly outside of an ISA.
3. The first £2,000 of dividends each year are not taxed so any directly held shares/funds are best split between couples to maximise the £2,000 each.
4. Growth funds and shares generate less dividends so an irony could be the knock on effect for our own FTSE100 Companies which traditionally pay higher dividends. This tax rise may have an impact on our main market as people move money to overseas or UK Smaller Company shares that pay less of a dividend.
5. It makes pension contributions via Salary Sacrifice even more valuable, due to the national insurance saving.

Social care costs have always been one of the biggest escalating issues this country faces and have been washed over by successive Governments so there is some applause for it being tackled, or at least what seems for it to be tackled. The test will be how well our money is spent and earmarked, in due course, for Social Care and let's hope the bureaucratic cost doesn't escalate.

Carrying on with the theme of three, politics may well have a part to play in stock market returns over the next few months, as we have general elections taking place in Canada, Germany and Japan. Canada and Germany seem to be quite an unknown outcome whilst in Japan stock markets reacted positively to the current Prime Minister resigning with unhappiness at his government's handling of the pandemic. More importantly politically has been the position in China where the actions of the Chinese Communist Party (CCP) have been one of the talking points this year as they drive to bring business into line with their social goals.

What started as an intervention in the for-profit education sector has evolved into areas such as real estate and technology, with new regulations and laws being enacted to materially change the purpose and business models of companies in those sectors. Investors in the Chinese education sector have seen their investments wiped out. China is a hard economy and society for those not born into it to understand. We always remember one of the most successful UK fund Managers ever, in Fidelity's Anthony Bolton, launching the Fidelity China Special Situations Trust and how it underperformed as he had to get to grips with the culture and understanding of the Chinese, being so different to a UK business which he understood so well. China values social stability above all else and in this context it is unlikely Xi Jinping, the President of the People's Republic of China, isn't going to lose much sleep over shareholder losses.

Of all the political aspects watching China's actions and its relationship with the USA is key.

As we have discussed before, we have an unprecedented situation with strong economic growth coupled with huge amounts of both government and central bank money flowing into the economies of the world. The result could be bad with strong inflation or good with very strong Company profits or indeed something in between. We still take the view of strong economic growth through 2022 into 2023, subject to China (as discussed) and a new covid variant causing havoc. Households have a lot of savings as people have been unable to spend through lockdown, despite the Amazon parcel deluge! Unemployment should gradually come down and as well as households having built savings so have Businesses hence the takeover activity we are seeing. This should offset higher taxes and the gradual reduction in funds being pumped into the economies of the world, via quantitative easing, that we are starting to see mooted.

We continue to believe that growth companies will outperform the traditional value ones as we have discussed before. It's hard to make money from a business going backwards and certainly in a post pandemic world it will only be those that can adapt that will be the winners. Overall we remain positive on stock markets moving higher, that the global economy will be strong and the winners will continue to be those that go for growth and adapt. There has to be something to worry about though so watch for China, inflation and new Covid variant news.

Many of the investments we recommend are held via the Standard Life WRAP platform, and you may have seen in the Press earlier this year that Standard Life have taken the decision to rebrand their name to the 'more modern' abrdn (ironically pronounced Aberdeen!). We just wanted to highlight that you will be starting to receive correspondence from Standard Life in the new abrdn name, as they phase in the rebrand. We have no concerns about the name change or about the WRAP as our preferred investment platform, and there will be no changes to your charges and terms and conditions as a result. As ever, if you have any questions or concerns please let us know.

Interestingly a number of clients have mentioned how they know of someone who has bought an electric vehicle (EV), only to find a lack of charging points have made them disillusioned. From our perspective we are keen to change to an electric car in the next couple of years. As well as our wish to be more sustainable there are good incentives from a Company Car tax point of view to do so. However, we are nervous, due to longer distances we drive, about the lack of charging points. I asked Phoebe Stone, Head of LGT Vestra's Sustainable Team for some comments. Phoebe made the following points with some good articles that we thought you would find of interest:

"There is clear evidence of growth in the electric car market. In 2020 global sales grew 41%, with more growth anticipated through the coming decade. In the UK, a third of new cars are electric, year-on-year sales for plugs are up a staggering 140%, and electrified vehicles among new car intenders is around 40% in the UK (Statista data). However, the 40% figure in the UK is below the global average, which probably ties in with your concerns.

To address the comments on charging, Ofgem have recently made it cheaper to install charging stations and significant investment into more UK charging stations is underway. This is likely to have encouraged Shell, who have announced plans to install over 55,000 charge points in the UK by 2025, and BP, which acquired Chargemaster in 2018, and will also see a large amount of charging points come on stream. These actions and acquisitions do not provide sufficient comfort to us in regard to investing in these oil giants in sustainable portfolios, but it does demonstrates financial commitment to better EV infrastructure.

This infrastructure is much needed in the UK, as demonstrated by a recent report by the Competition and Markets Authority which concluded that the UK requires more than ten times the current EV charging points to meet expected demand."

Overall this level of investment seems good news. Originally, we felt HS2 was a good thing for no other reason than we could see at its start that the UK needed investment into its infrastructure. Now it seems to be throwing good money after bad and with such a demand elsewhere for public money should it now meet its death knell? Why it didn't start in the North, where the infrastructure was more needed was also baffling. Let's hope the same type of decision-making does not impact the new Social Welfare changes.

We end with our congratulations to Kat for her Chartered achievement.