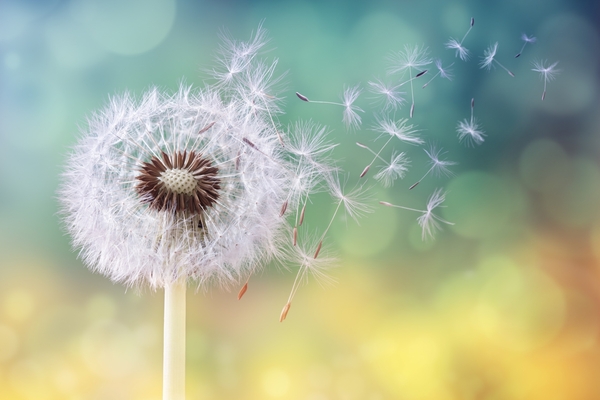 As the clocks gained their hour we thought of Spring and what progress or possible lack of it has been made through March.

Stock Markets indeed "sprung" forward in March as can be seen from the indices below and we've also shown returns this year to date and since January 2020 so to highlight returns since pre-Covid:

Surprisingly positive against a background of this horrendous war and rising commodity prices with oil up 40%, wheat 30% and gas 80% year to date. Whilst being cautious there are indeed reasons for optimism:

1. The markets have sensed that the negotiations between Russia and the Ukraine may lead to a settlement and especially Ukraine's recent position on neutrality and not joining NATO. The US has also authorised Ukraine to offer the removal of sanctions as part of the negotiating process as the two sides look towards a ceasefire and longer term political settlement. Indeed some of the commodity increases mentioned have tailed off and President Biden's announcement, releasing their oil reserves, has helped bring the oil price down. Over the weekend, the EU and US condemned evidence of war crimes as Ukrainian forces retook territory after the Russian withdrawal and so it does remain uncertain.

2. There has been much talk of recession and that we are back to the 1970s and the oil crisis at that time. We find this parallel very difficult to grasp. For a recession there needs to be 2 calendar quarters of negative growth. Whist growth is expected to reduce from that predicted 6 months ago it does not lead to a recession. Ratings agency Fitch issued a commentary on the world outlook on 21st March and has cut its world GDP growth forecast for 2022 by 0.7% to 3.5% so hardly makes the negative numbers needed for a recession. Source: www.fitchratings.com.

3. Central Banks and the Federal Reserve in particular, seem to have finally been more definitive about the rise in interest rates and indeed some of this is to ensure there isn't a replay of the 1970s. It might seem odd that they increased rates by 0.25% in March and stated a further rise at each of the remaining 6 meetings this year, that stock markets reacted positively. The reason is that markets like certainty and the orderly state of increase was welcome. We feel part of the Central Bank strategy here and in the US, is to regain a more normal interest rate environment (2% to 2.5%) that predates the Covid pandemic and indeed you have to go back to before the 2008 Financial crash for such rates, thus allowing them to have some leeway to reduce rates in the future, if needed.

4. It links to inflation which will be painful, probably to the end of 2023 and will peak at just over 8% in the UK, before settling back to the target level of 2% as highlighted in the Office for Budget Responsibility (OBSR) outlook in March. Inflation is undoubtedly the current main topic of conversation if you see the chart below, which highlights the increased short term inflation pain:

5. Companies earnings have been robust using data from Fund Management Group Sarasin, who say that globally Company profits are approximately 25% higher than on the eve of the global pandemic and underpinned with dividend growth expected at 17.5% this year. Ultimately, share prices are dictated by the underlying profitability of the Companies where your money is invested and so is good news.

Unsurprisingly, a backlash to the Spring Statement with The Chancellor's measures not amounting to a great deal, at a time as already highlighted, when there is and will be a period financial pain, especially for those already struggling. He was a bit like an old mattress where the springs have sunk and offer little support. The future reduction in basic rate of income tax was no doubt geared to be a vote winner for the election in 2024, but pretty pointless and offered little, if any, comfort. It can be argued he has a tough hand trying to control borrowing when the cost servicing that borrowing is expected at £83 billion for the new fiscal year starting in April. Ironically, Governments and Central Banks in some ways through Covid have had it relatively easy - just throw money at the problem, which indeed has worked. Now is the real tough time to test how they bring us out of this and put a spring in our step.

One of the trends in recent years has been Company takeovers and mergers. Announced last week was the proposed takeover of Brewin Dolphin by Royal Bank of Canada (RBC). Whilst this has been approved by the board of directors it is subject to regulatory and shareholder approval. It is anticipated to be completed by the end of September 2022. It is important to us as Brewin Dolphin are one of our preferred Fund Management groups and we constantly and formally check and ensure the way our recommended Fund Managers manage client's funds is still appropriate. RBC intends Brewin to run initially as a separate subsidiary led by the current leadership at Brewin. It is RBC's intention that Brewin Dolphin and RBC Wealth Management International would then be combined into a single business. We will keep a close watch on this as it progresses as we like the current team and how they manage your funds. If this changes though make no doubt we will take action. One of the reasons we have a liking for the Managed Portfolio Services is the ability to switch to others, without cost, so provides us the flexibility to be proactive and if needed we will "spring" into action. Let us hope though that it is successful and brings the resource and synergies that have made the directors of Brewin Dolphin recommend the takeover.

The Russian invasion of Ukraine has brought a wartime energy transition to Europe. The continent's decades-long timelines for overhauling energy systems that support 440 million people is now being revved up and not springing into action but leaping. The European Commission has released a plan to cut most of its reliance on Russian gas by the end of this year, which is amazing, considering the continent got 40% of its gas from Russia last year.

Nowhere is this acceleration more apparent than in Germany, a country which imports 65% of its gas from Russia. Europe's leading economy has pledged to get 100% of its energy from renewables by 2035 accelerating the previous target by 15 years, and also earmarked $220 billion to fund industrial transformation between now and 2026. In the announcement, German finance minister Christian Lindner described clean energy as, you guessed it, "the energy of freedom".

The greatest spring set back has to be for Putin, who, unlike King Canute, may actually believe he has the power to control the sun, tides and wind which he has driven the West towards in the renewable energy revolution we will now witness. Indeed you have to feel sorry for President Biden and the criticism of his off the cuff remark about Putin "For God's sake, this man cannot remain in power." A sentiment I'm sure we all echo and hope it comes about soon.