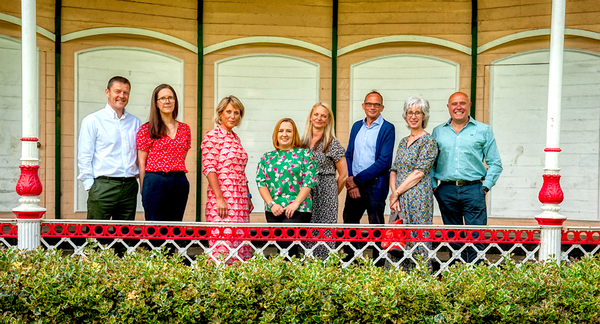 The beginning of the end?

It's been a very mixed few weeks culminating in the Jubilee weekend which we hope you enjoyed. It proves parties still go on, but with a bit more decorum than the ones hitting the main headlines over the last 6 months! There seems to be a consensus that in the UK we lack any real strategy for economic growth so no matter which side of the Boris debate you fall we hope our Government turns proactive rather than the current reactive approach. Nothing highlights this more then Rishi Sunak's £15 billion package of support for the cost-of-living crisis after his pointless Spring Statement having missed the opportunity to be on the front foot at that time.

Stock markets, having had 7 weeks of falls then rallied at the end of May with a background of Central Banks increasing interest rates to remove excess money from the financial system, rampant inflation reducing our spending power and lockdowns in China. Plus, of course, the impact of Russia's invasion of Ukraine which ultimately means inflation and growth are worse than originally predicted and form a large part of the current negative economic backdrop.

So why the rally?

Markets look ahead and signs have started to creep in of a better picture than predicted. Fund Managers have reduced risk to their lowest level in their portfolios so is seen as a base level to increase from. Upward inflation pressures may have eased, although there is still some secondary impact such as our energy bills increasing again in October and Friday's inflation data from the US will be closely watched. In China fortunately, extreme lockdown measures appear to be easing and even better, the Chinese government has signalled that future outbreaks will not be dealt with as harshly. You can witness the slowdown in the UK, with mortgage approvals falling by 3,557 (5.1%) in April to their lowest level since June 2020, meaning the Bank of England interest rate increases are having an effect.

One important issue is how tight the labour market is, which we witness in the headlines of lack of staff, causing holiday cancellations at some airlines. Since the end of 2019 there has been a reduction in the UK workforce by 440,000 due to early retirements and with the young due to health related issues, without the ability to replace them now from Europe. A current trial being undertaken by 70 Companies in the UK and running to the end of the year is a 4 day working week, for the same 5 day pay and expecting the same level of production. Four day workweek trial Euronews The results will be interesting as it will to see if increased wages lead to higher inflation. The Bank of England has a fine balancing act of slowing down the economy without choking off growth and links back to the Government playing its part with much needed initiatives for economic growth.

Our own "Jubilee" style event was our Longleat seminar with 160 clients attending and judging from the feedback we achieved our objective of an informative, well nourished, fun day. One feedback certainly made the most of the day:

"I thoroughly enjoyed the day - the morning was interesting & thought provoking. The lunch was delicious, and I really felt that I did justice to the rest of the day; I toured the house, drove through the safari section and then finished off with a cruise around the lake where I was lucky enough to see all the gorillas and a very good view of one of the hippos - both these animals can be quite elusive apparently."

As you know we intended to write regular bulletins with some good news but soon lost its momentum with the turmoil of the year so far. Our belief is that sustainable investment funds are important from a moral and investment return perspective. There are issues due to the Russia/Ukraine war so is not surprising to see some of the initiatives being undertaken to hopefully make those issues relatively short term.

The European Commission just unveiled a €300 billion plan to become independent of Russian energy imports by 2030. It includes a provision to make solar panels mandatory on all buildings.

Denmark, Germany, the Netherlands and Belgium have just announced a plan to install 150GW of offshore wind in the North Sea by 2050 - half of all the offshore wind necessary to get the EU to net zero. To put that in perspective, total installed capacity worldwide at the moment is 25GW. Business Green

China tripled investments into solar power in the first four months of this year, putting the nation on track to install record amounts of new clean energy in 2022. Investment in solar was $4.3 billion from January through to April, about 204% higher than in the same period last year. Bloomberg

And finally Electric vehicles of all types are already displacing about 1.5 million barrels of oil a day worldwide. Most of that is from electric two and three-wheelers and electric buses in China. Thanks to all those batteries, 3.4% of global transport oil demand is now gone. Bloomberg

Our Charity support for 2022

We wanted to support a local Bath charity this year and as such have chosen First Steps who support young children (0-5 years) and their families in hidden pockets of deprivation in Bath and those who have special needs and disabilities throughout Bath and North East Somerset. For more information go to First Steps Bath

We have set up a Just Giving page at if you would like to donate. Please go to Click here

We wish you all well and any comments or indeed any ideas you have for events or articles you'd like to see let us know.